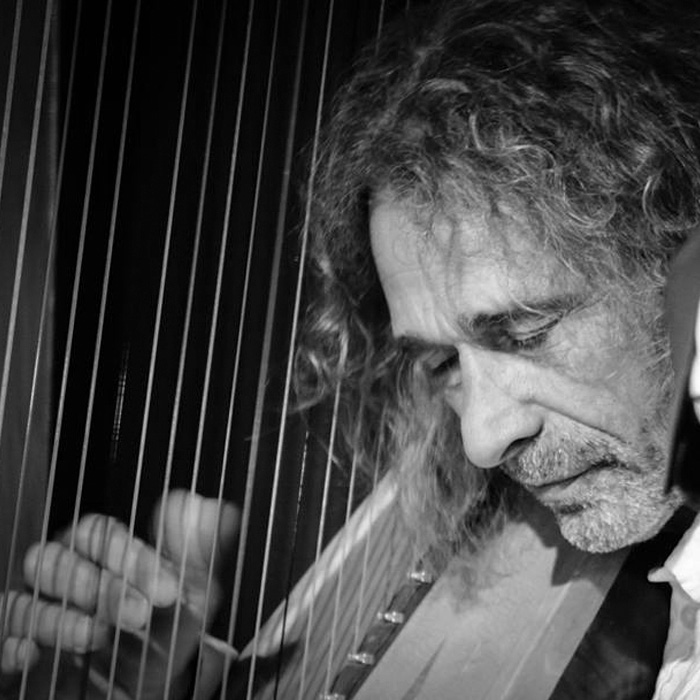 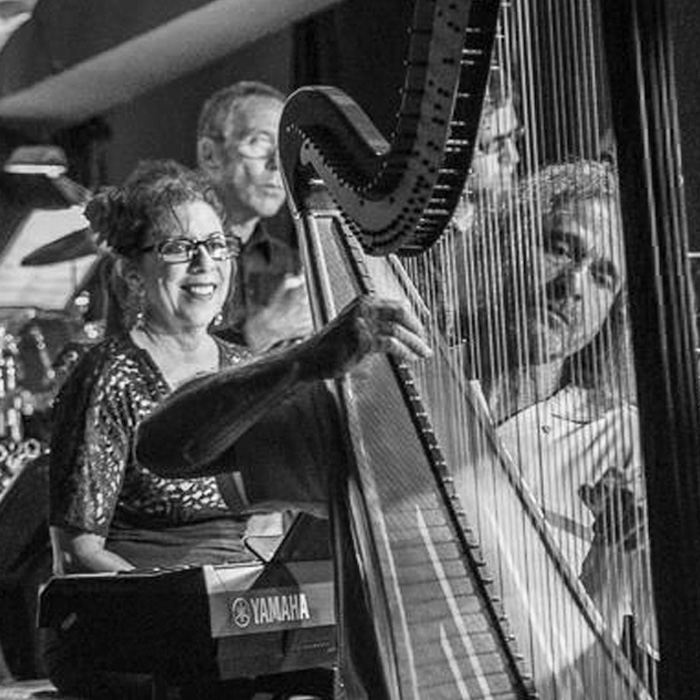 Scott Marischen has been performing professionally in the South Florida area for over 30 years and has written, produced and played his entire career. He manages a full-time event music business, working with professional musicians all over the state of Florida. He writes, transcribes, and plays full time and is well known as an incredible talent and a consummate professional.

Every Instrument Speaks its Own Language.

“There are certain inherent characteristics unique to each. These qualities lend themselves to different kinds of playing and an affinity to play types of music that match the sonic, physical and tonal aspects of the instrument. The harp is not one usually associated with jazz, pop, and world music. That has been my goal – to achieve a real sense that the harp fits perfectly within those realms. That is the journey” – Scott Marischen

Opted for Beauty Instead.

“Most people can only hear three things about the way someone plays, how high, how loud and how fast. And I am sure if you wanted to put your energy in that direction you could be one of if not the loudest highest fastest cat out there. But if you did that I myself would be disappointed because I would have hoped you would have opted for beauty instead.”
– Chet Baker speaking to Bob Mover

Over the past three decades, Scott’s audiences have included three living US Presidents and countless political figures. Celebrities including Bill Gates, Oprah, and Sylvester Stallone. His band has opened at private shows before artists like Tony Bennett, Lionel Ritchie, Roger Daltry & Liza Minelli.

He’s performed at resorts across the globe, places like The Breakers Palm Beach, Ritz-Carlton’s and Four Seasons. His corporate clients are a veritable Fortune 500 Who’s Who including American Express, AT&T, Disney, and Paramount Pictures to name a few. 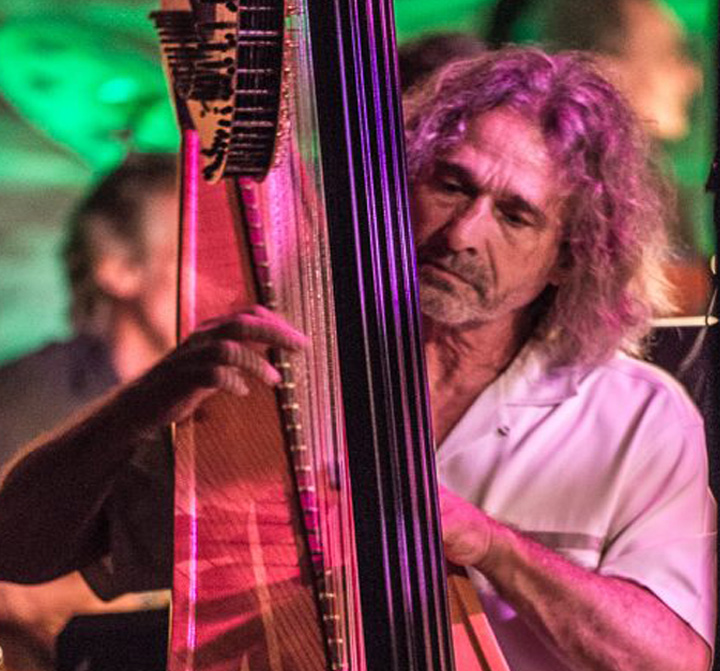 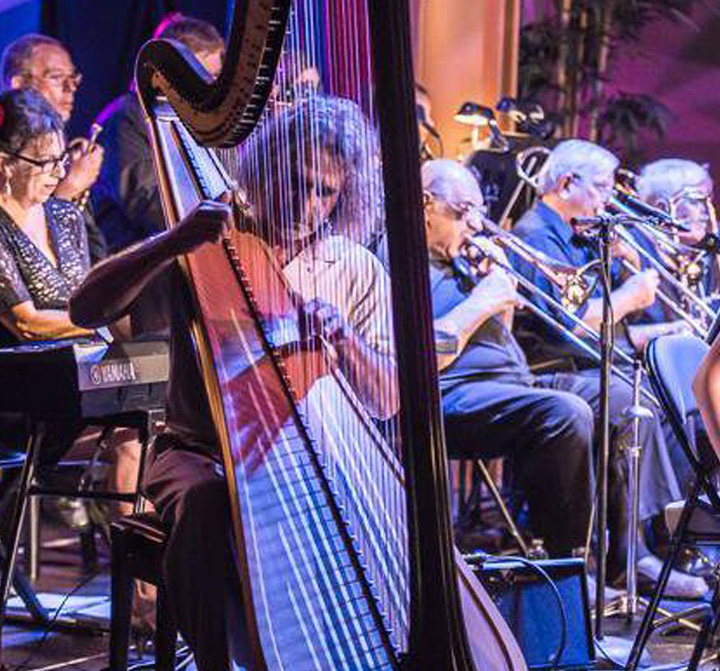 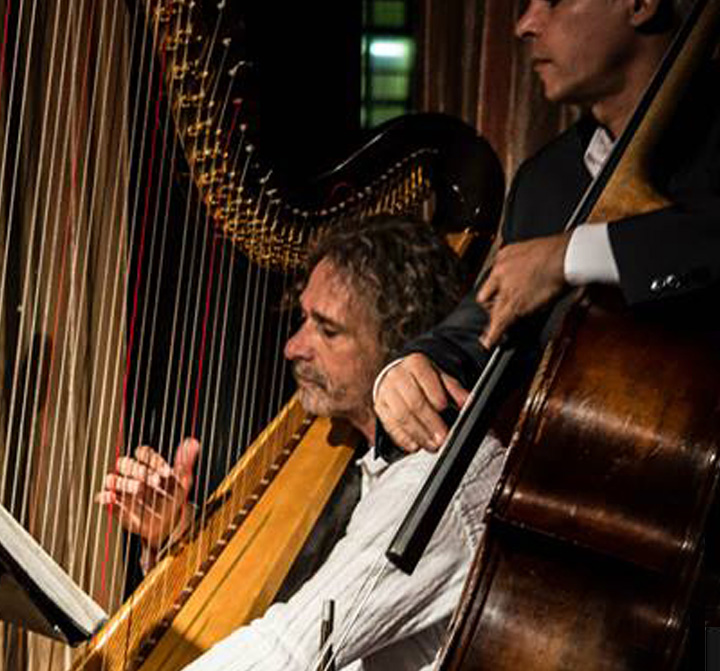 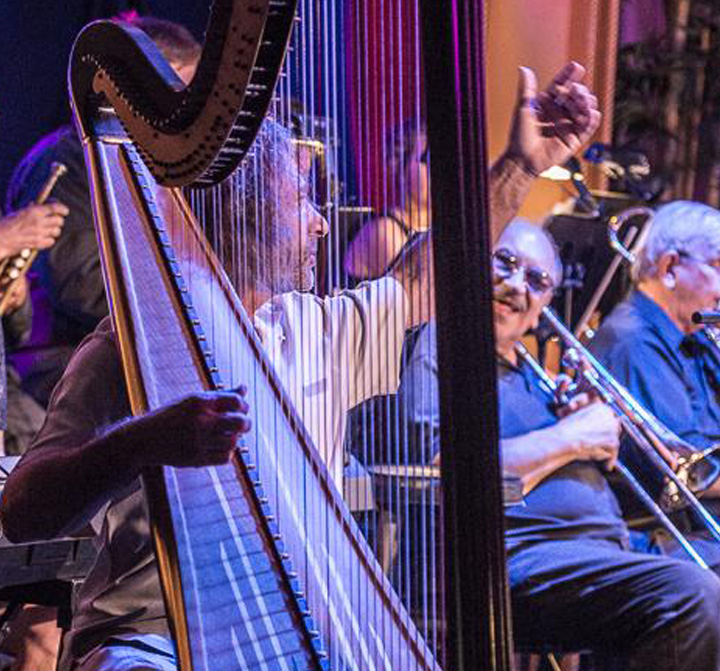 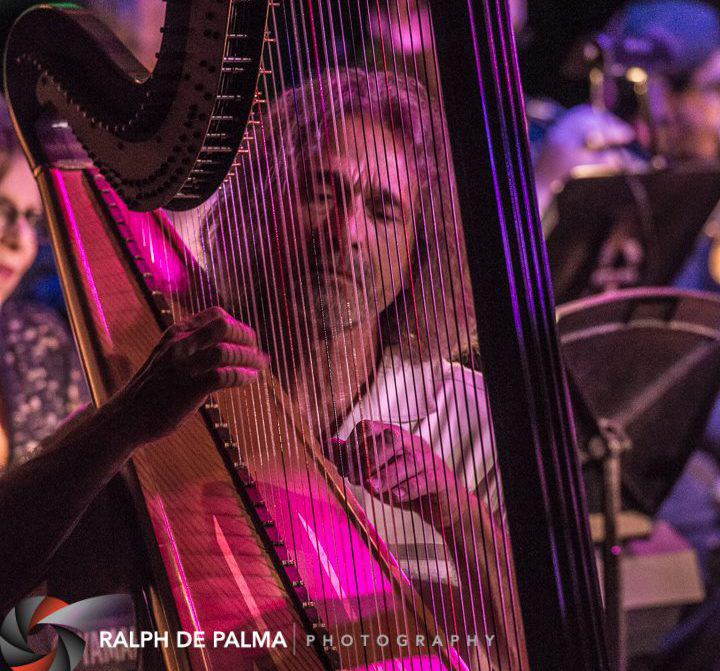 Here is the long awaited CD by veteran Jazz Harpist Scott Marischen. The music on Alligator Alley showcases Scott’s incredible talent for transforming what is considered by many a classical and traditional instrument, to a Jazz instrument. Scott treats the harp as an improvisational instrument allowing for a much richer experience and boundless style.

The tone of his harp is unlike any other and stands alone as a unique full sound that provides depth to the tracks in a way not heard in any other release or by any other harpist. Scott performs mostly originals on this CD. His compositions are deep and introspective with rich melodies and excellent voicing’s within the chordal structure of each tune.

Alligator Alley is available for sale on Amazon and CD Baby.

Beautifully D’Ranged is an eight-piece group that combines the classic string quartet and a harp jazz rhythm section. Classical, jazz, pop, and rock are all part of their repertoire.